In search of Money 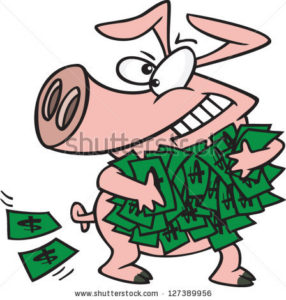 Many studies have been published and many books written about money. Money is in the news in some form everyday so you would think we should have a better understanding about it and where it comes from. Most of us, however, have very little understanding about commonly used terms like inflation or GDP but we hear these terms almost daily. The origin of money is difficult to agree on. Professor Keith Hart has been studying money for many years and has suggested it is a creation of National Capitalism – the currency being a physical representation of that ‘belonging’ to a nation. Carrying around notes and coins with the head of our monarch, a constant reminder of our nationhood.

Our relationship with ‘it’ is going wrong but despite all that, money is entering our psyche and is being discussed more and more. New town currencies are being established such as the Kingston Pound and although the headlines have been stolen by Bitcoin, the issue of money is impacting us close to home and on our high streets. According to Professor of Sociology at the LSE Nigel Dodd, this has resulted in more and more non financial persons taking an interest in money. We need more people to join the debate but the reality is that people are generally scared to join in the discussion about money, feeling inadequate and not qualified to talk about it. Why? After all, the lack of a Bachelors Degree in Meteorology or Biology does not prevent us expressing a view on global warming does it? So why are we so scared to discuss money? One explanation is that in order for non academic people to join the conversation we need to explain money in a way that is easier to digest. This does not mean we need to patronise the readers of this article. That said, we need to lose the jargon or at least replace it with jargon that we have some knowledge about. We need an explanation of money that is easier to digest than classical ‘economic theory’. Another explanation of why we are scared to discuss money is that our experience with it is generally bad. http://kingstonpound.org/the-latest-from-the-project/our-relationship-with-money/

Who invented money?
Unlike the internet, the Blockchain or the Dyson, money was never invented, it just sort of came into being as a natural consequence of trading our respective value and skills, and evolved into coins and notes. Someone may be credited with the introduction of some sort of token but there is no named person. This lack of an invention, means money has developed through a sort of natural selection or trial and error with gradual improvements made, until we are left with the current system. A system that is continuing to evolve.

Nowadays money has evolved so most of it exists digitally with only a small percentage (4-8%) of the worlds currency in the form of coins and notes. We use electronic payments with little thought to what we are spending and our relationship with money is now akin to the one we have with electricity. We leave the lights on and think nothing of it until we get the bill. Money has developed over thousands of years into an entity that we accept as readily as any other commodity or naturally occurring element. Consider other natural resources like water. Money, like water is scarce in some parts of the world and abundant in other parts and money is equally elusive to some people but readily available to others. Man has sought to master and control the elements by building dams as well as constructing wind and solar farms.

Some have found it easy to attract and hold onto money as it flows around, whereas the majority of us seem to see it fleetingly and only end up facilitating its movement and benefit only marginally from money.

What is money?
Money as we know it is the method we use to exchange ‘Value’. The human race has managed to create a standard unit of measurement that can be used to trade ‘Value’.

All around us there are exchanges of value some of it is a simple swap of skills with no money involved – usually this is a trade of equal value with no underlying profit other trades are unequal with a built in profit with only the perception of equality.

Trades occur in nature too, for example, between flowers and bees. I went to a talk about Honey Bees the other day and the lady PHD student was explaining how the flower attracts the Bee via scent, colour and design and the bees take the pollen to other flowers and nectar back to the hive. The flowers have a hidden value and the bees are attracted to them in a way that they are not attracted to a twig.

Nowadays you could be forgiven for thinking that there is not much money around but you would be mistaken. Even in a time of austerity money seems to spring out of nowhere if the perception is that value exists even if sometimes it does not. We might marvel at where all this money has been hiding all this time.

With Honey Bees, It is not until you get your ‘eye in’, that you truly appreciate how many bees and other pollinators there are.

Some Science
Early morning, especially late summer and early autumn, you will see dew collecting on the grass and if you flick a washing line you will see it spray in all directions. Water vapour in the air finds a surface on which to condense and create water droplets. The water in the air was there all along but we can’t see it until we see the morning dew. When we are looking for something, we usually see where it has been before be lock on to it. We only see money when it is attracted to the line connecting a trade of ‘value’ between a customer and a business. Money sort of condenses, like dew on the line connecting the parties to a value trade. We see money because it is attracted to the trade and leaves a trail, in the same way that an airplane will leave a vapour trail the sky.

Money is involved when there is an exchange of value (leave debt aside for a moment) and it appears in the same way as bees are attracted to flowers with the promise of some value. Money appears dormant until we see it do something. When it is called into action it becomes visible and we see it when value is exchanged. When we see money, it is like looking at the vapour trail in the sky.

More Science
Stephen Hawking explained that the bigger a planet or star the more mass it is said to have. The more mass it has, the more gravity.
I suppose you could say it has more ‘gravitas’ or in the terms of money has more ‘worth’ or ‘value’. The more massive an object, the more gravitational pull and the more it attracts. In terms of this post, the bigger the value on offer, the more money it attracts. It is almost as if the line connecting the two parties to a trade slopes down toward the party with the biggest value (or perceived value). The dew on the line will trickle down toward the side with the biggest gravity, gravitas, worth or value. Science seems to explain a lot about naturally occurring elements such as water and although the argument is not perfect we can explain some of the way money behaves in terms of a naturally occurring element like water.

If we can accept for the moment that money is like water, we can harness it. We can take some control over it. We will never master the treachery of the sea or the destructive power of Hurricanes but we can generate power using waive motion, store water in lakes and generate Hydro Electricity. Eventually money as we know it will not exist but something will replace it and it will always be attracted to value.

So what?
Who cares? Money is, well, its money right! Why should we care whether its a vapour trail or a bee or whatever else we might use as analogy.
The point we are making is that we can have some influence on money if we can see it in terms that we understand. We can temporarily coral it so that we get some buypropeciaonline.org more use out of it in our communities. We can see money a little more clearly and improve our relationship with it. We can see it as less of an abstract concept and spend less than we might.

Kingston Pound is simply a way to harness some of the money that flows around the Kingston Borough. It is a way to introduce more social interactions. When using the Kingston Pound it makes us think about how important local family run indie businesses are to our community and just as important it might help us change our relationship with money from one that is akin to our relationship with a utility to one where we can make better financial decisions and teach the same to our children.